Metal Gear Solid 4: An Unsatisfying Epilogue
War has changed, but so has the series.
Ryan G. | Originally posted as a Medium article 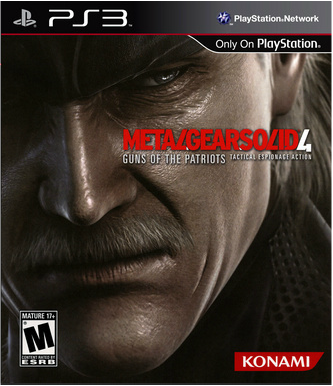 “War has changed,” a grizzled, aging soldier proclaims as he rides in a jeep towards an abandoned city. Even after living a life defined by violence, war, and killing, there appears to be a hint of sadness in his voice as he reflects on how the nature of and motivation for war shifted from ideology to fueling the “war economy.” An unhurried, yet desperate-sounding musical track and the noises of young men losing their lives over a pointless conflict are overlaid with his monologue. Based on this description, one might conclude I am talking about an anti-war film, not a video game. In a way, Metal Gear Solid 4: Guns of the Patriots betrays its earlier installments with its convoluted story, cutscenes that are long even by the rest of the series’ standards, and an unceremonious ending meant to tie together loose ends. Hideo Kojima, father of the Metal Gear series, looks to be ending (or at least trying to) a long-running series of games that began in 1987. To some players, it may even feel as though Kojima is completely sick of the entire series.

Presented in five acts, the game presents itself as though it is a movie, specifically an epilogue to the intertwining stories of the massive cast of characters. For a series featuring three protagonists and an endless amount of unexplained plot holes, there needed to be something to complete such a confusing saga. “I was supposed to end this in MGS2,” Kojima admits to gaming news site IGN. Yet he went on to create MGS3, “the final one;” however, even more questions about the games and their connections to one another were raised by fans. According to Kojima, MGS4 was meant to “completely wrap up” the intertwining stories of the series’ heroes and the bizarre world they live in. Long sections of cutscenes seeming to explain every action done by every character are interspersed with short segments of actual gameplay.

MGS4 still plays much like the earlier games — a stealth-action adventure brimmed with intrigue that can only come from the mind of Mr. Kojima. Kojima spent much of his childhood watching movies with the rest of his family. With a highly active imagination, he originally wanted to become an artist, then a writer, and finally a film director, until he finally decided to join the video games industry towards the end of his college years. As a writer, his stories were never published by literary magazines simply because his tales were far too long.

The Metal Gear series is known for having long cutscenes, likely as a result of Kojima’s background in writing. According to user Getal Mear on the Metal Gear Solid Forums, there is eight and a half hours’ worth of cutscenes in Guns of the Patriots out of a total playtime of over nineteen hours; this means that nearly half of the game has non-interactive scenes the player just watches. Without a doubt, Mr. Kojima must have spent years planning how and when the plotlines ended. However, he also could have used an editor to thin out all the fluff present in the game.

To simplify the storyline as much as possible, the world has been overrun with war; the lives of countless soldiers are thrown away for the sake of maintaining the world’s economy. As a result, Private Military Corporations must fight against each other without end. In the midst of the chaos, Old Snake, the game’s protagonist, is tasked with assassinating Liquid Ocelot, an agent possessed by the spirit of Snake’s “brother” (in actuality, it is revealed in the first game that Snake and his brother were clones of a legendary soldier). Based on this description alone, I would not blame anyone for tilting their head and asking “huh?” Unfortunately for the uninitiated, this is only the surface of MGS4’s plot.

Despite its nonsensicalness, the game’s story feels sober, a look into the ramifications of each character’s actions and the damage brought upon themselves and ones around them. Like its predecessors, Guns of the Patriots contains an eccentric group of characters placed in extraordinary circumstances, but how they react to their world is darker than the jolly cast members from earlier games. Old Snake is the depressing shadow of a man who infiltrated an Alaskan military base in MGS1. He is a victim of accelerated aging; when he crouches, he is visibly pushing himself between his feeble attempts at stretching his back. In MGS2, the protagonist Raiden uncovered a horrible secret during his own mission, but in MGS4 his body has been almost entirely replaced by robotic components and he finds out about his fiancée cheating on him. Big Boss, the protagonist of MGS3 and the villain of the original two Metal Gear games, is decorated as a hero of the Cold War, but is basically in his death throes when he talks to Snake at the Arlington Cemetery.

As an exercise in writing, Metal Gear Solid 4 succeeds with its infamous hour-long cutscene at the very end of the game. However, interactivity is what makes a video game a video game. What little gameplay we were offered was phenomenal and beautiful (despite being one of the first PlayStation 3 games, the graphics still look incredible compared to the console’s recent releases), from sneaking while a battle is being waged to following someone through the streets of a European city. Take a moment to imagine how awesome the assassination attempt in act one if you had control over Snake as he took the shot. How much more tense would escaping the many battlefields be if you could actually control our aged hero? Unfortunately, the common criticism of MGS4 as being an “interactive movie” is grounded in reality and the potential the game had to be a fantastic experience was wasted by its own plot. 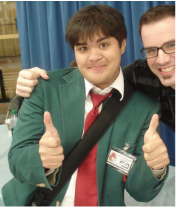