While I’m a fan of music- it’s kind of hard not to be- I’ve never been one to run out and actually buy an album and listen to it in its entirety. Luckily, my roommate is that person and immediately purchased the album. So, naturally, I had overheard the songs in passing and just kind of assumed the album was great because that’s what everyone was talking about. But when I actually sat down and listened to the album in full with my brother, Killian, I had some thoughts about it- and so did he.


While we listened to the entire album, not every song required a conversation. The only thing you can really say about a lot of the songs on the album is, “Yeah. This is good”. However, there were a select few that required some commentary.
*I didn’t feel it was necessary to talk about “Blank Space” or “Shake it Off” because, let’s be honest, we all know how amazing those songs are. They’re definitely the big hits on the album. Also, with both of them, Killian and I were too busy dancing around and singing along to really discuss them.

L: Okay yeah, I can tell I’m gonna like this song

Taylor sings, “You hit me”

L: Oh my God I thought shit just got real

K: Wow, Lauren just gasped at a Taylor Swift song. That was funny

L: OH MY GOD
Honestly, at this point, I’m freaking out about this song. My boyfriend of two years and I broke up a couple of months ago and this song really just gets it, so of course there are some mixed emotions. I actually got a knot in my stomach at one point of the song and, for the entire thing, I wanted to cry. But it didn’t make me cry, it made me feel a sense of relief to know that someone could finally put into words what I’ve been feeling- and I should have expected that person would be Taylor Swift.
L: Like, this is shitty how good this is. It’s actually pulling at my heart.

you say sorry just for show

If you live like that you live with ghosts.”

(Killian is cracking up)

K: I’m just warning you, it’s eh. Cause like.. after that [Bad Blood].. yeah
It’s funny, really, how obvious it was that Taylor wrote this song by herself. You can really hear her country roots and it’s so simple compared to the rest of the album. I was glad to hear this after all of the loud pop songs on 1989. I’ve never been a “Swifty” but I have always enjoyed Taylor’s music so it was definitely refreshing to hear a song so similar to her old work. 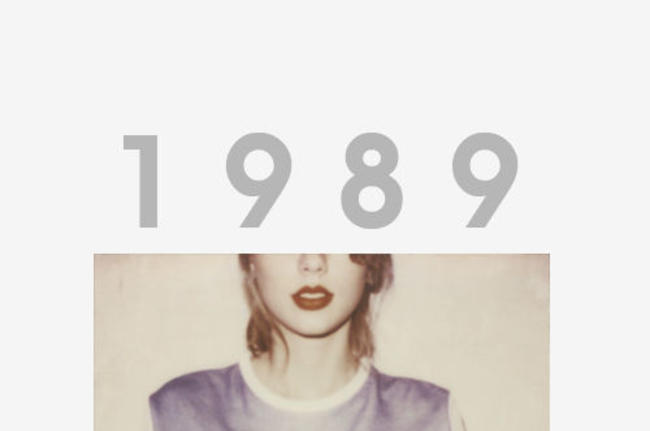 To keep it simple, you definitely need to hear Taylor Swift’s new album, 1989. Do I think you have to go out and buy it? No, but Swift decided to be annoying and make it IMPOSSIBLE to find any of the songs on the internet (NOT EVEN YOUTUBE HAS “BAD BLOOD”), which really pissed me, and many others, off. But, if you think about it, it was a good business move on her part. Drop an album, cause some serious hype about it, and then just take off all of your music on Spotify and make sure no one uploads the new album to the internet? Sure, it’s annoying. But now people actually have to buy a CD… in a store… like it’s the 90s or something.


Bottom line: 1989 is definitely great, but I don’t think it’s the best of Taylor. This album is only a glimpse of what she has to offer and I’m excited to see how she grows in the near future. So, find someone with the album and take advantage of them. Listen to it and relate. You won’t regret it.