By: Sam Lindsay
WARNING: CONTAINS SPOILERS
A review on The Lightbringer series by Brent Weeks as told through facebook messaging.

**Please scroll to the bottom for a list of definitions taken straight from the back of the The Broken Eye book.**

The Lightbringer series is set in the Seven Satrapies, which surround the Cerulean Sea.  There is a central government called the Chromeria that resides on the Jasper Islands which is toward the south end of the sea.  Each satrapy is represented at the Chromeria with a Color.  The entire land is ruled by these colors as well as the White, the head of the Spectrum, the Black who is not able draft, and the Prism.  The Prism, for the duration of these books, is Gavin Guile.  Since the previous prisms only lived to intervals of seven and he has been prism for sixteen years, Gavin thinks that he has only five more years to go. 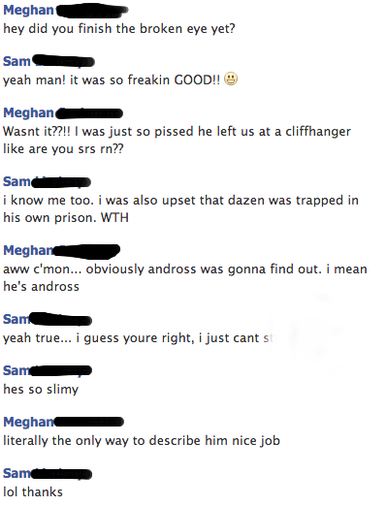 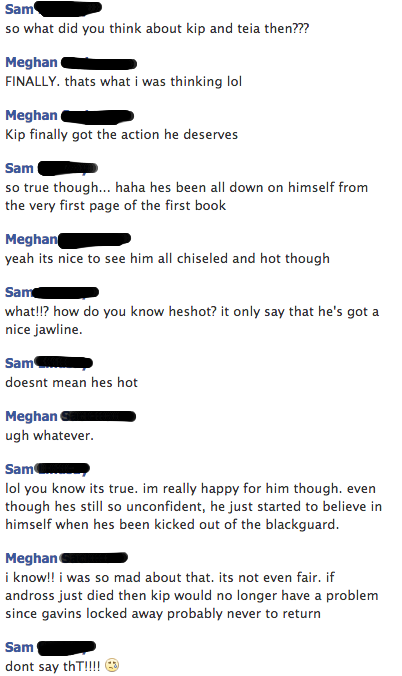 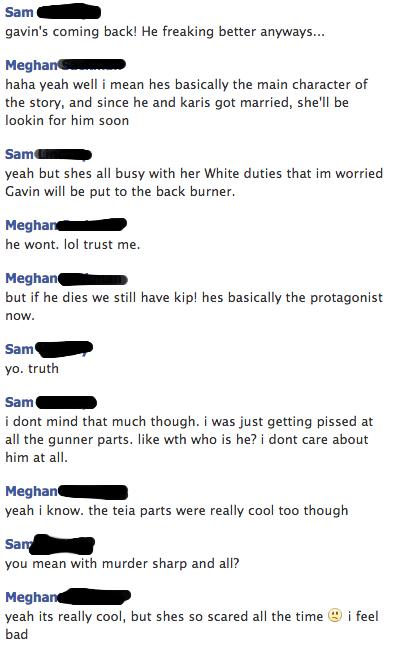 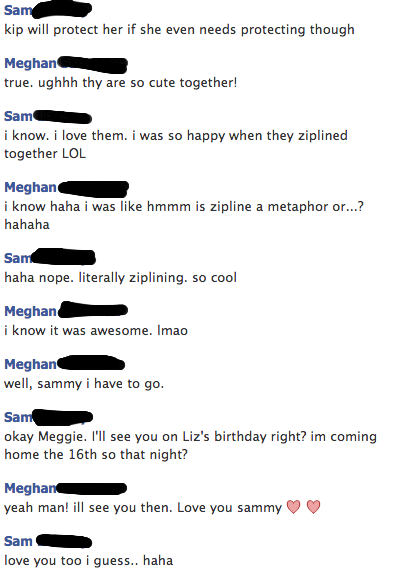 Some definitions to help confused readers...


Adrasteia (Teia): A student at the Chromeria.  She is a slave to Lucretia Verangheti of the Smussato Veranghetis; a blackguard candidate and a drafter of paryl.

Blackguard, the: The White's bodyguard.  The Blackguard was also instituted by Lucidonius both to prevent the Prism's overreaching power, and to guard the Prism from external threats.

Chromeria, the: The ruling body of the Seven Satrapies; also a term for the school where drafters are trained

Colors, the: The seven members of the spectrum.  Each originally represented a single color of the seven sacred colors, and could draft that color, and each satrapy had one representative on the spectrum.  Since the founding of the spectrum, that practice has deteriorated as satrapies have maneuvered for power.  This, a satrapy's representative, though usually appointed to a color corresponding to his abilities, could be appointed as Luxlord Green, but not actually draft green himself.  Likewise, some of the satrapies might lose their representative, and others could have two or even three representatives on the Spectrum at a time, depending on the politics of the day.  The term is for life

Drafter: One who can harness light into physical form.

Guile, Andross:  Father of Gavin, Dazen and Sevastian Guile.  He drafts yellow through sub-red, although he is primarily known for drafting red, as that is his position on the Spectrum.


Guile, Dazen: Younger brother of Gavin.  He fell in love with Karris White Oak and triggered the False Prism's War when "he" burned down her family compound, killing everyone within.

Guile, Kip: The illegitimate Tyrean son of Gavin Guile and Katalina Delauria.  He is a superchromat and a full-spectrum polychrome.

Gunner: An Ilytian pirate.  His first underdeck command was as cannoneer on the Aved Barayah.  He later became a captain.

Lucidonius:  The legendary founder of the Seven Satrapies and the Chromeria, the first Prism.  He was married to Karris Shadowblinder and founded the Blackguards.

Polychrome:  A drafter who can draft more than two colors.

Prism: There is only one prism a generation.  She senses the balance of the world's magic, and can split light within herself.  Her role is largely ceremonial and religious, not political, except for her balancing the world's magic so that wights and catastrophes don't result.

Sharp, Master (Murder): One of Andross Guile's agents.  He wears a necklace of human teeth.