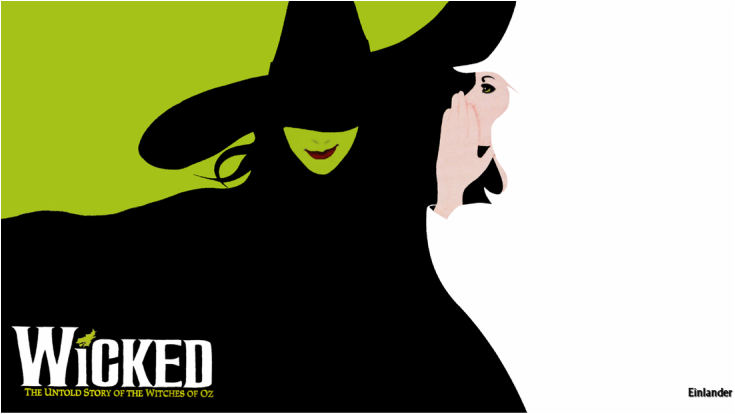 Live theater is no mystery; everyone has seen a live performance of some sort. I have probably seen more shows than some have in a lifetime but, I have no regrets in this matter. I was thirteen when I first saw Wicked. I was intrigued and blown away by the unbelievable talent and masterpiece that the show was. I have seen 1 or more shows on Broadway ever since. I saw the back in March at the Gershwin Theater on Broadway and I caught on to so much more that I had anticipated. It was a whole new experience and show for me. For those who have been living under a rock or are not even slightly interested in the arts, let me tell you about Wicked.

Wicked is basically a prequel to The Wizard of Oz, it tells the back story of Glinda (the Good Witch of the East) and Elphaba (the Witch of the West). The story begins after the events of The Wizard of Oz occurred. Glinda is telling the people of Oz, the Ozians, how she knew Elphaba before she became “bad”. So the show tells of how Glinda and Elphaba met in school when they got paired as roommates (oh, the horror). Elphaba is perturbed because Glinda is a blonde bimbo and Glinda is humiliated because Elphaba is green. The two loathe each other for most of the beginning until they become unlikely best friends. Glinda pines after Fiyero (the school hunk) for most of the show for vain reasons. Honestly I was not too keen on her character during the show; sure she was hilarious but did not have a lot of depth. Fiyero ends up falling for Elphaba because she is kindhearted and wants to make a difference in the world. I know what you’re thinking, “the green one…the evil Witch?” Leave all preconceived notions and ideas of what this story is about at the door or else you will miss the whole story trying to piece it all together. Elphaba has the gift of magic and longs to be the Wizard’s protégée. She and Glinda take this journey of finding themselves and giving each other the strength of becoming who they needed to be.

I wanted to focus on the two heroine’s relationship and how they can inspire anyone who encounters some issues about growing up. Glinda and Elphaba start out as enemies and soon become best friends, traveling together, giving each other makeovers and all that girly stuff. However, this show is not just about them becoming friends, it has many deeper meanings to it. The story delves into the idea of first impressions and other’s being afraid of your uniqueness. Elphaba has many enemies throughout the entire show, everyone is out to get her thinking she is bad; even her father did not want anything to do with her. She learns to love herself and love others even though they have wronged her. Her journey is about getting away from those who have hurt her and make the world a better place for those who are different. Glinda starts out as a bitch, harsh but true. She spends most of her time channeling Elle Woods with and focusing on her appearance and reputation. In the end she is still kind of like that, but she also learned the importance of standing up for yourself and not being afraid of whom you are. The female characters in this show are an inspiration to any and everyone seeing this show. There were many little girls in the audience who spent about two hours watching Glinda and Elphaba, two incredibly opposite people change for the better because they stopped being vain and trusted who they were. These types of stories are empowering to woman and the honest struggles that we all face.

Wicked centers around these two woman and although there is a slight love triangle with them and Fiyero it is never the sole purpose of the story. Wicked is about empowered woman who grow up, learn from their mistakes, and become the best version of themselves. The story is awe inspiring, every aspect of the show was immaculate and I often had a hard time choosing what to focus on, be it the men, woman, lights, sounds, or incredible set design, every choice made was beautiful. I could go on for hours about every theatrical occurrence in the show and how it provided dynamic onstage but I will refrain. In my opinion, as a theater major, Wicked is one of the most important Broadway shows for powerful woman and inspiring them. However, don’t take my words too literally, many men benefit from this show as well. My father loves this show, as do many other men, because it’s not just about the woman, it’s about life and it can apply to anyone who has ever felt indifferent or less superior or important than anyone else. Wicked is about trusting others and yourself, not being afraid to make a change.

What I took from Wicked and why I think all women should go see this production is because we all seem to face similar scenarios growing up. The show deals with rejection, self-doubt, self-image issues, and even gossip. Upon seeing the production a second time I gained awareness of how much the show is reflective on my life and some issues I struggle with. The end of the show is about being true to yourself and loving yourself for who you are. I believe that anyone can benefit from this show, especially young women. 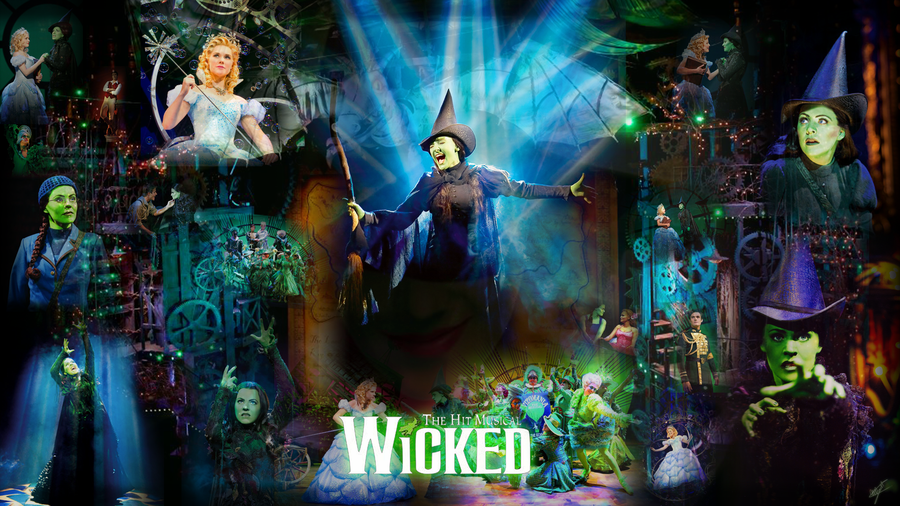