And so we begin…

Morgan: What the hell…

It is not a surprise that this is Morgan’s initial reaction to this episode. She mumbled snooty comments about events in disbelief, she was particular interested in why Dexter Morgan shaved himself until he bleed and vaguely remembers Debra from other movies such as Quarantine and White Chicks.

Me: So are there any other feelings about the show? 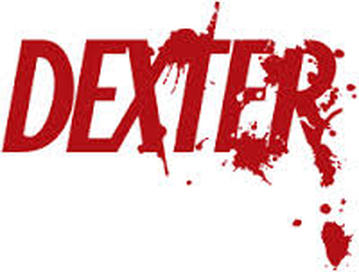 Morgan: Eh, it was different.

Somewhere in my mind I expected that it she would notice the uniqueness but I expected statements a little more interesting. For instance, it could’ve ranged from an annoyed tone saying “Are you really making me watch this?” to a joyful exclamation of “This is really interesting, I am excited!”

Me: Shit. Well is that really all that you think of it?

Morgan looks up at the ceiling as an “uhhh” sound escapes her mouth. Once she collected her thoughts she told me that she felt that it is unusual to know Dexter is a part of the Forensic team for investigations but is also one of the suspects in the criminal murderers. She finds it funny that Dexter pretends to not know who the suspect is when is knows more than anyone else does. She refused to listen to my explanation that Dexter does the killing to please his father, which is knowledge from seeing the previous episodes. 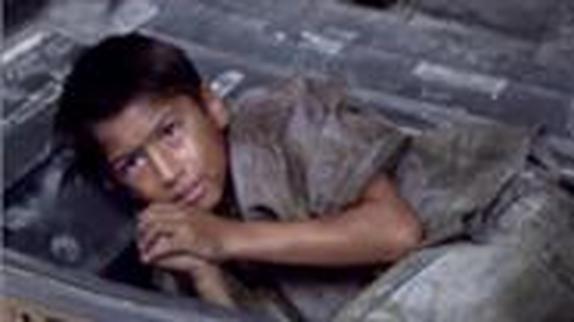 What really interests Morgan is that the “trunk child” gave the description of Jesus instead of a description of Dexter. The forensic aspect of the show is fascinating; she wants to know how Dexter can reenact a crime scene without actually having to be there. Why does he even kill other people and isolate himself when he has a family and friends that care for him? Dexter has people that love him so why does he choose to pick risky deviant lifestyle? All of these questions severely ate at Morgan’s sanity. She has obviously never taken a deviance class like I have; I would consider giving her my college Deviance textbook to skim through.

Morgan couldn’t get over the fact that Dexter’s girlfriend constantly called him for sexual reasons, but she did ask a question that I assumed she would:

Morgan: What happened in his past that made him like this?

I asked Morgan to tell me all of her feelings about her first experience with this show. She thinks it is original because it shows a variety of conflicts amongst different characters which makes it interesting enough to grab the interest of modern viewers. Yet it may be too intense for people who cannot tolerate gory events.

Morgan: Although there are different conflicts, it is obviously mainly about the weird blood guy right? I enjoy the other characters a lot too though, I’m glad it is not all about Dexter.

Well that was one of ninety-six episodes, only ninety-five more to adventure through…

Morgan wouldn’t stop nagging me about the next episode. She repeated the same phrase over and over again.

Morgan: Are you ready to watch Dexter?

She seemed persistent to watch it but because of her chaotic schedule it seemed more like an obligation than a desire.

Morgan talked more about her raspberry margarita than the episode we were watching. She didn’t have a change in perspective about Dexter, but instead had more words for his character.

Morgan: He is disturbed. He thinks what he is doing is right. Murdering is never acceptable, no matter if it is a crime ridden city like Miami. Imagine if the president killed off countries one by one and then calls himself a hero. 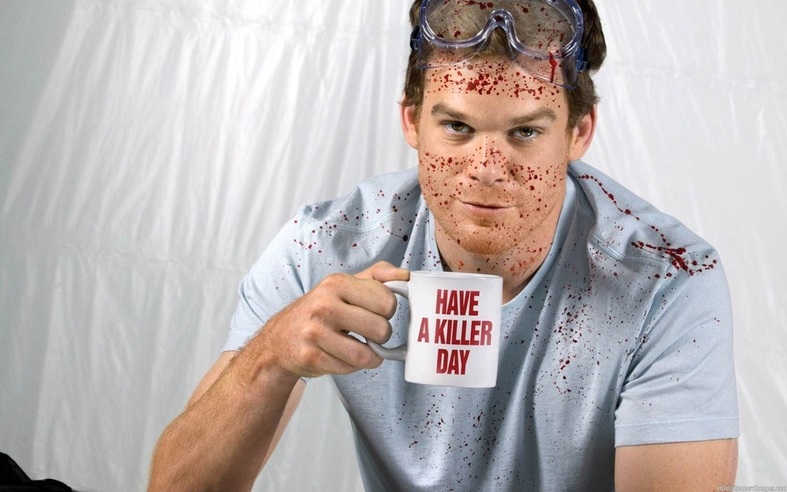 Morgan: He thinks he is an enforcer- doesn’t he? He is trying to play God! He takes matters in to his own devious hands. What makes him think he is a Savior?!

She is not very fond of Dexter’s hobby, but the supporting characters are actually cool to her. Although Dexter’s murderous path is disturbing, Morgan is still impressed by his superior knowledge.

I ask Morgan about her experience from this episode.

Morgan: It was much better than the first episode. It had a lot more conflict and mystery. The knife scenes were the only reoccurring factor aside from the numerous amounts of murder.

After giving Morgan the silent treatment consecutively for nearly three hours, she begged for me to watch the next episode of Dexter. I’m not sure if it was because she wants to watch it or if she wants to get back on my good side, but regardless of the reason her plan worked.

Morgan is almost immediately suspicious about the relationship between Debra and her new boyfriend, the doctor. The doctor even strangely makes an intensely sexual reference in the midst of a conversation about a murder.

Morgan: That’s creepy! What is it about him that I just don’t like? Because I have no excuse but I practically hate his guts right now.

Morgan has already created negative assumptions about the doctor; she doesn’t know much about Debra but she wants to protect her. “Damn” repeatedly escapes her mouth as she stared expressively at the television screen. This may have been one of the most deceptive episodes so far. 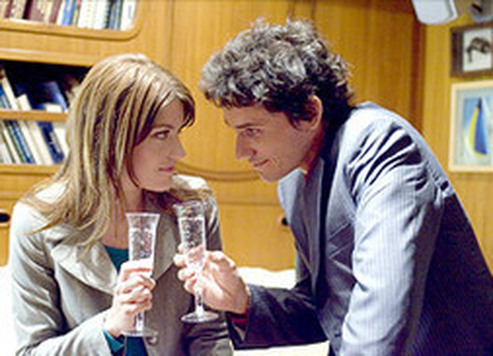 Morgan: This is definitely a psychopathic lab geek’s wet dream. This is only found on Netflix, right?

Me: Currently yeah, I think it was on Showtime at one point too.

Morgan: Well I sure hope kids can’t get their hands on this show.

Surprisingly the producer uses an innocent suspect to throw off the viewer’s prediction of who the killer really is.

Morgan doesn’t believe this suspect isn’t the real killer. Debra and the doctor become more intimate as the show rolls along.

By the time the sex scene between Debra and the doctor present itself, Morgan is nearly turning red. She wants to understand why Dexter Morgan’s psychopathic senses are tingling; she thinks maybe Dexter isn’t as smart as he seems.

Morgan: Dexter isn’t as bright as I initially thought; his name should’ve been Dexter Moron instead.

Morgan was so excited to see Dexter that she went ahead and started the next episode without me. I was quite annoyed when I walked into the bedroom and the Dexter theme song was playing.

The motive behind why everyone chooses to kill each other still tortures Morgan. By the time the bald black guy killed a by-passing pedestrian, Morgan’s forehead showed evidence of beads of sweat.

Morgan: All this fucking killing. This is a perfect representation of the violence going on in the world today. 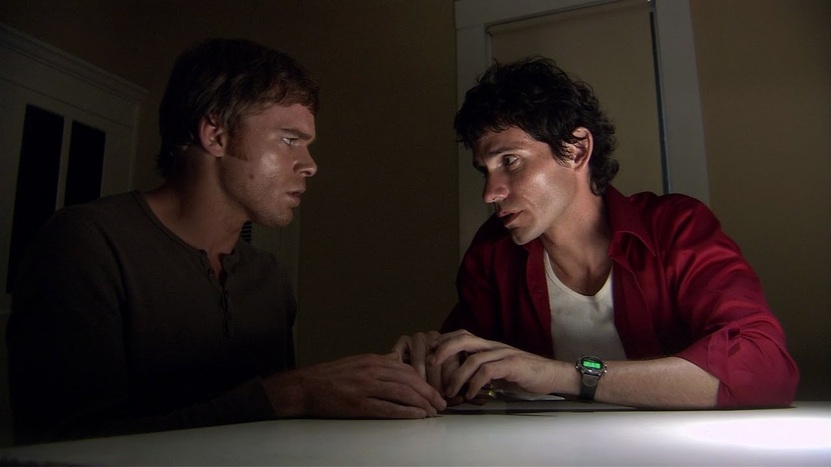 Morgan is upset that the producer continues to trail her along with little hints but doesn’t give her the answers she wants. It annoys her that the sisters seem to be getting used. But what conflicts her most is if Debra is just being used by the Doctor to get close to Dexter or if she is really a regular victim like all of the prostitutes.

Morgan: Damn, this is pretty fucked up. But this is how relationships work in this century.

When Dexter and Debra double date at Dexter’s biological father’s home, Morgan believes that she is probably going to be able to answer some questions.

Morgan: This is so fucking suspenseful! Like really. Why can’t I just know the answers already? I know the Doctor is evil, but I want to know why he kills. I’m sick and tired of guessing!

When Dexter and the Doctor have their personal conversations, it causes Morgan to let out a tiny “yess” sound as her face lights up. She thinks she’s finally going to get some answers.

Morgan couldn’t wait to get the opportunity to rate the episodes as a whole:

I couldn’t be too upset with that score because I know she was left with some unanswered questions.

Morgan: Ugh. It was okay…

She explains that the last episode was the best because it eliminated some of my confusion; the first three episodes were teasers to her and she doesn’t seem to like teasing very much. To compromise we decided to give separate scores one for her favorite episode and one for the three “teasers”. So the scores are:

We will probably never do this again-

Although she really wants to.

But no, it’s never going to continue…