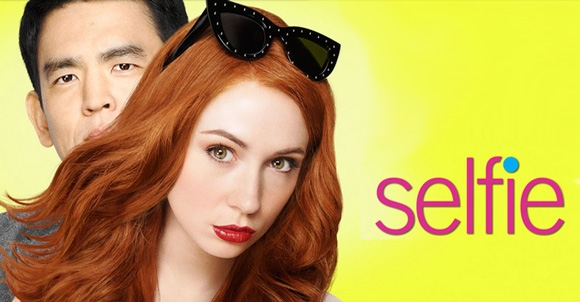 The pilot episode of the new ABC show, Selfie transports you to the day when you first realize you no longer know what the kids in middle school and high school are talking about. Karen Gillan, who plays Eliza Dooley, gives the show a youthful flare, with her obsession of all things media and social network related. With her fiery red hair and club attire, she promotes the essence of youth in a world obsessed with image rather than depth. Her image of fame and vitality works as the perfect contrast to Henry Higgs, played by John Cho, who works as the professional, boring, and complete opposite of Eliza.

This modern adaptation of Pygmalion creates an interesting take on how young adults and more mature adults compare to one another now-a-days. One thing that seems somewhat inconsistent is the character Henry’s interest in Eliza. Being the Henry Higgins of the show, it is obvious he is there to create a meaningful impact in Eliza’s life; however, he seems to give up or retract his help several times throughout the show. It feels as if the show is designed to play with the audience’s view of Henry and Eliza as both friends and occasionally more than friends in a way that Pygmalion does at a much slower pace. One thing to come out of this pilot episode is the sense of growing old in a constantly evolving electronic world, leading the audience to question how they stand up amongst the shows two leading players. 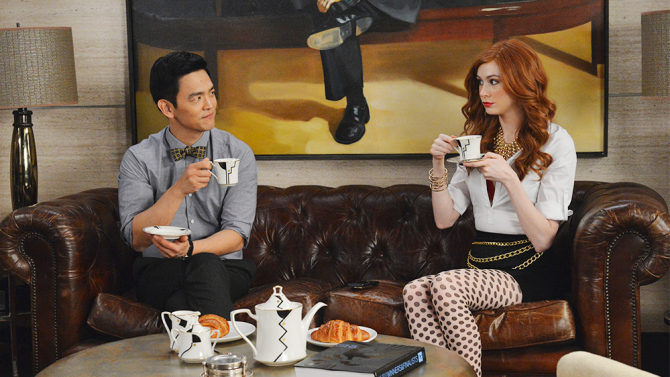 Some days, you wake up and make the biggest mistake of your life; you’ve chosen the wrong filter on your Instagram post. For Eliza Dooley, played by Karen Gillan on the new ABC hit Selfie, some days are just better than others. The show starts with the posh, upscale club girl, Eliza, making a fool of herself in front of a plane full of social media bloodhounds, looking for a way to knock her down a peg. After a fashion faux pas unlike any other, Eliza realizes she needs to work on her image in order to regain her status. Here we find the purpose for Henry Higgs, resident image consultant at work, who steps in to help Eliza work through damage control and become a better person whom others will actually like. Of course, it’s like any teen high school movie where the lame girl is made over by the popular girl…only in reverse. (Imagine She’s All That from Laney’s perspective).

Selfie is a look at what every other 20-something year old thinks their life will be like in the real world. When you’re Instafamous and have thousands of followers, it’s hard not to always keep up appearances; sometimes, you need a break from it all and a new outlook on life.

Friend’s random opinion: “OMG Karen Gillan is playing such a good slut!” Like what? Whatever you say, weirdo!

The pilot shows the most promise with its steamy hint of a love connection between Eliza and Henry as they play in the rain. But seriously, who can resist any man in a good rain scene?