In Defense of the Awful 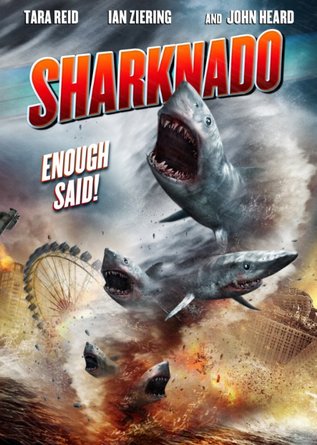 Good movies are amazing. They have the power to tap into emotions in a way that allows us to escape from the realities of the doldrums of life. The best movies leave lasting impressions that force you to engage your friends and/or join the cultural conversation over such an influential work of art. I often feel this way about bad movies.

To be clear, some movies are genuinely horrible, to the point of being unwatchable. Those are the films that often fade into obscurity, that slip from the memory of the general public. What I am a fan of is the genre considered “cult”. These movies typically do not do well at the box office, and often feature low-rent special effects, terrible dialogue, and over the top drama that is downright laughable. And that’s the point. I love bad movies because they are bad. Some of them may not have been intentionally so, but others are created with the goal of what I like to call “entertainment through sucking”. In this vein I enter the fabulously bad Sharknado as a gateway into the phenomenon of the awful.

What more can you ask for in an entertaining ride of pure no-goodness? Sharks! Tornadoes! Tornadoes full of sharks! Puns! B-roll footage from actual nature documentaries! Who-knows-what letter-list celebrities! Not much else is necessary really. The story of Sharknado takes place in California, where a mysterious weather occurrence brings in hordes of sharks wrapped up in tornadoes that make their way to land and terrorize beachgoers and mainland residents alike. What’s not to love about a movie that has such lines as, “Don’t forget Taco Tuesday!”, “Yes, I said Sharknado”, and “My mom always said Hollywood would kill me” (followed by that same character being crushed to death by the Hollywood sign). It has both action and romance, with the main character Fin (how great is that?) rekindling his relationship with his ex-wife as he and his crew (from the beachside bar that he owns) fight to end the shark madness – the final battle against the disaster involves bombing the sharks from the safety(?) of a helicopter and an excessive number of chainsaws being used on the ground. 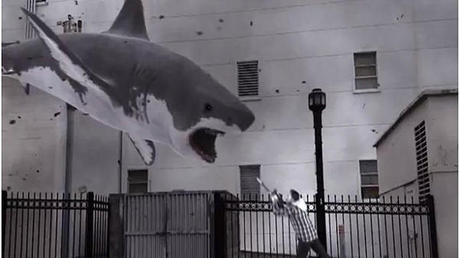 Sharknado is a glorious endeavor that carved itself into pop culture history. There were movie theater screenings across the country. There was a second television airing just for live-tweeting. There’s a sequel! The film, a SyFy Original Movie, directed by a man named Thunder, brought a whole new world of people into the cult movie fold. Much of America came together to revel in the ridiculous nature of something made by a network devoted to science fiction and has produced other cinematic pieces the likes of Sharktopus and Dinocroc vs. Supergator. The camaraderie that comes along with being a part of an in-group of those who are in it purely for the entertainment value is completely worth sitting through an hour or so of something that’s not really all that good.
Recommended supplement: How Did This Get Made? — An hour-ish long podcast with three comedians (Jason Mantzoukas, June Diane Raphael, and Paul Scheer) devoted to dissecting terrible movies. Listen to the episode in which they discuss Sharknado with a guest. After having seen the movie, listening to their observations makes the film that much better, and if you happened to watch it alone, it gives you someone in the void to feel connected to while you laugh and completely agree with just about all of their comments about the movie.