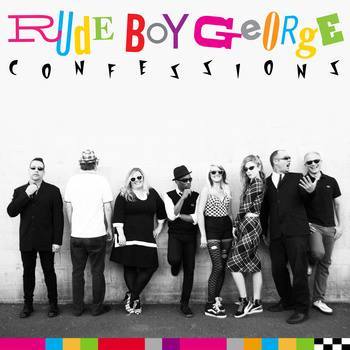 The music scene in New Haven and neighboring towns is extensive, ranging, from artists who play classical to hard rock. Bars and venues such as Toad’s Place or Stella Blues in New Haven hold music shows almost every night whether it is a mainstream or an underground artist. Large music shows can be fun if you enjoy going bankrupt, assigned seating, viewing the performance from a great distance, or hearing the same songs you hear on the radio over and over again, however, I prefer the more social, cultural, and artistic experience that local artists give. I have found that local artists allow for a broader, more artistic expression, as they have more room for experimentation. Recently, I went to the Fairfield theatre company in Fairfield, CT, to check out a band called Rude Boy George which provided a memorable performance for only 25$, which was refreshing to find out as a broke college student. Since I enjoy upbeat bands that are good for dancing, a fellow student recommended the band to me. Rude Boy George had a reputation as a ska band with jazz undertones, which I like very much in music. I decided that I had to check them out.

The theatre hall was a perfect fit for the show and the vibe that Rude Boy George brought about. I especially loved the large stage and open area directly in front of the band, so there was room for my friends and me to dance. The stage was set up with lighting, which added more exhilaration to the performance and got the audience even more engaged. Overall, the venue itself contributed to making the show as good as it was. It felt like a more involved experience for me as a concertgoer.

As the venues for these local shows are smaller than concert stadiums, the artist gets more involved with the audience because the stage set is closer. As an audience member, you truly get the entire picture of the artists’ through the emotions they show in their music and performance. Being up front in the crowd at the Rude boy George show, allowed me to view music performances from a different perspective; I could feel the energy of the musicians and was able to feed off of their energy. The audience is able to make more of a connection to the music, the artist, and their fellow fans during a local, underground show. Rude Boy George came on and immediately began with an upbeat song to get the audience involved. Since there were no seats, it was easy to meander my way to the front of the crowd. The audience did not seem to mind the constant shifting of people to and from the stage since they were all having a good time. It was at the front of the stage where every aspect of the artist’s work was on display. The lead singers head was nodding to the music and he was putting all his effort and breath into singing a good song, the drummer’s wrinkled eyebrows suggested that he was deep in concentration and the bass guitarist was dancing along, having a good time, and doing what he is most passionate about. These artists performing on stage were giving their performance all their effort because it truly is a piece of art. All of their creative thoughts go into writing their songs and then their hard work is what makes them able to express what they’ve created. I thought about the fact that for weeks, this band probably rehearsed the same songs over and over again in order to perfect them or to make them better and that made me appreciate the music a little more. During their performance, it was easy to feel the energy between the band and the audience. It was easy to tell in the musician’s faces, as they were playing, that they were feeding off of the positive feedback from the audience.

Not only does attending a local show add support to the community but also it is a great way to meet new people or see new places around town. The Rude Boy George show took me to a town in Connecticut where I had never been and to a place, which I was not familiar with but that did not matter because I felt right at home. All of the other attendees of the concert were super friendly, outgoing, and accepting of everyone there due to the sense of community that transpired. Everyone was able to bond with each other because we all were related in regards to music interest and the community. I had a good experience in Fairfield and at the Fairfield Theatre Company because I found a new place where music shows and theatre shows occur regularly and connected with other members of the local area who could be potential friends if I pursue other shows at the theatre. Also, during local shows, the audience is able to view what goes on behind the scenes of a show, as there usually is no curtain when they are switching sets. During the show in Fairfield, it was interesting to see the stage put together before the band went on, as I had never seen this before and learned something new.

Though large mainstream concerts are fun, they do not truly give the audience the complete creative explanation of the artist. Usually, the venues during conventional concerts featuring famous artists are extremely large, meaning that most of the audience is far away from the artist, therefore, not being able to see their expression or how they play their instrument. When I am going to a show, I expect to engage with the artist, somewhat, since they are the sole reason for my attendance in the first place. I’ve gone to a Jonas Brothers concert during my teenybopper years and the arena was so large that I couldn’t even tell that their lips were moving. Luckily, they have a large screen TV that projected the performance through a live feed but that’s basically the same thing as watching one of their old concerts on DVD at home. Also, since so many seats are available and the concerts usually feature famous artists, the arenas price the tickets way too high as well as the food or any of the souvenirs. Meanwhile you could go to a local show and buy a full meal, a ticket to the show, a couple of drinks, and a band t-shirt for half the price. For instance, attending the Rude Boy George concert in Fairfield cost me a total of 25$ but a concert to see Mumford and Sons is over $100. Going to see a local show over a big concert is more affordable and accessible. Besides that, it usually costs extra for a chance to speak to the artist, however, most local artists are usually willing to come talk to their fans. After Rude Boy George’s performance, the band came out and sat at a table for about an hour after the show to sell CD’s and t-shirts. Audience members frequently went up to them just to compliment their performance or ask questions and the band reacted extremely kindly and grateful for their having come out to support them. I definitely felt genuine appreciation from the band to their audience for their support because they actually took extra time to make sure that everyone was enjoying the show. I had each member of Rude Boy George shake my hand and personally thank me for coming out to listen to their work, which not most people who see bands like Coldplay, or Kings of Leon can say simply because large venues don’t offer them the chance.

Most importantly, going to different local shows is a way to find new music. The music industry has to get their artists somewhere and any local band could be the next person you hear on the radio but it is up to us to choose by venturing out and finding new people; maybe one day I will turn on the local radio station and hear Rude Boy George playing.