Impressed with the Castle 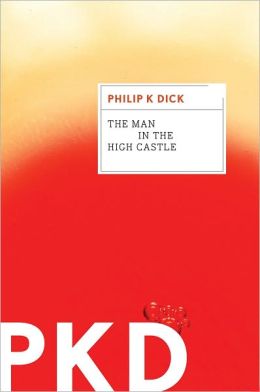 The Man in the High Castle was an impressive improvement from other works written by Philip K. Dick. Compared to some of his other works Dick has really stepped up his game and come into the world of true literary writing. I knew upon starting this novel that this book would be better than his other works; an alternative history in which the United States lost World War II can be nothing but fascinating but I was most impressed by what Dick managed to do with this plot line.

What I found to be most enjoyable about this novel was Dick’s ability to engage the reader; at times I truly felt as though I was living in a world overruled by Nazi’s and that my fate could be predicted by the I Ching. I also was very impressed with Dick’s ingenuity.  Upon starting The Man in the High Castle I knew that this fictional world existed in an alternate history but I certainly didn’t expect that Dick had the ability to create two working alternate universes. Or that both would be different from our version of history but both still plausible and realistic. I very much enjoyed not only reading the ways in which the German and Japanese dominion changed the American society but I was also enthralled by the sections from The Grasshopper Lies Heavy, a novel within a novel in which the United States was successful in winning World War II leaving the world divided up by Great Britain and the United States.

Philip K. Dick did an excellent job in creating his characters; both his major and minor characters were developed to the extent that was necessary, meaning that the major characters evolved and changed with the story and the minor characters were only given enough time and attention needed to further the plot. By the time the novel reached its climax the reader was being sucked into a plot that twisted and turned as character after character was revealed to be far more than the reader could have imagined. This novel which began as a simple alternative history story ended in a world filled with espionage and paid assassins where you never knew when your last moment will be.

But this book was more than just a well thought out plot, both the character development and writing style necessary to write this novel shows that Dick has reached a level of technical writing that many author’s wouldn’t be capable of. Dick successfully created at least six major characters who the perspective of the reader was periodically switched between. These characters were not only distinct because of their own unique personalities, knowledge and experiences; but they were also unique in the writing style that Dick used when writing from each indviudal’s perspective. What I have found to be true in many good novels is that each author is able to create very different characters but the writing is the essentially the same no matter which character you are reading from. What Dick was able to accomplish in this work is several different styles of writing unique to each character, this added more to the experience of the novel as a whole. It was quite clever, and once I realized what Dick had done I was overjoyed to find that it added more to the reader’s experience. If upon reading the novel you do not find these subtle difference between the character’s I implore you to reread this novel since it enhances the overall feel of the story.

Overall this novel was one of clear ingenuity on Dick’s behalf. His ability to lead his reader through two alternative world’s, create distinguishable and well- rounded characters and create plot twists that left me stunned and eager for more makes this one of the best novel’s I have read in a long time.