None of Us Are Forgetting October 3rd, Including Grandma

It’s October 3rd and all of us are either making Mean Girls jokes or laying face down on our beds whispering, “Don’t forget.” As much as I’d love to burn down my own home and become a state alchemist, that is probably not the best thing to do since my Mom is still paying the mortgage on our house. So like the rest of fans of Hiromu Arakawa’s classic, I wore my Flamel shirt and called it a day. Since I’ve seen the original Fullmetal Alchemist two times in full and Brotherhood three times (excluding random seasons I’ve watched on their own) I began to wonder what it would be like to watch the show for the first time all over again. Since I thought of this at a time when everybody was at work or in class, my only option for a test subject was my grandmother.

My grandmother, or as we lovingly call her G-Ma, is the definition of an immigrant grandparent. Like so many others, good ole G-Ma came to the States when she was twenty something and even sixty years later, her accent still is heard in every word she speaks. She will not rest until every person in the house has eaten and thinks technology is the Devil’s work. After sitting down and eating copious amounts of cheese, drinking about forty cups of tea, and answering the same five questions over and over again, I dared to ask G-Ma if she’d be willing to help me with a project. A little hesitant, my grandmother was willing to watch the first episode of Fullmetal Alchemist Brotherhood without knowing anything about the series.

After a spat on how to turn on the built in DVD player, everything got set up. I briefly explained that I was going to record her reactions and that I’m not going to answer any questions until we finished the first episode. The episode began and I already knew this was a terrible idea. The whole time, my grandmother looked completely confused and kept asking me to turn it up. As soon as the Elric brothers came up on the screen, she questioned the armor and I had to remind her I wasn’t going to tell her a single thing. During the opening fight with the Freezing Alchemist, G-ma exclaimed that the whole show was violent and then turned to me and said, “Even the women are very strong in this show.” For a moment I had no idea what she was talking about until I realized she meant Ed. I guess with a lack of her hearing and Ed’s height and long blond hair, my conservative grandmother would undoubtedly see Ed as a girl. As the episode continued, she would occasionally say one or two things, but for the most part she was extremely confused. The most memorable part of the episode for G-Ma most likely was when Al gives a strong kick to Freezer towards the end of the battle. Finally, getting into the episode, she lifted up her hand and said, “Fly away!” in an excited tone (as seen in image one). Completely unphased by the reveal of Al not having a body at all, G-Ma was probably more interested in the fact that Führer Bradley was ready to kill the Freezing Alchemist without a second thought. As soon as she pieced together what Bradley was doing, she covered her face in shock (as we can see in the second image). With the horror in her eyes, I almost wish that I made her watch the third episode (for the people who don’t have the whole episode list memorized, that’s the infamous Sewing Life Alchemist episode.) I guess she assumed a cartoon about military workers would be light hearted and full of happy normal families.

After watching the episode I asked how she felt about Brotherhood and her impression of the plot. She mostly talked about how violent the show was and that she did not understand the plot, but at the end she said, “They are strong and they have the strength to win.” In a way she was right, the overall enthusiasm of the two brothers even shine through the horror of the first episode. After hearing this I realized how confusing Fullmetal is for somebody who has never heard the plot before. I forget that it is really hard to explain the plot of most animes and when you have to explain it in basic detail to your eighty-year-old grandmother, it is even harder. Let’s face it, in general, anime plots are hard to understand even if you are a frequent watcher. With American cartoons, you can jump in and watch the show out of order and still understand the basic plot (there are a few exceptions) and I wonder if that is the true reason why so many people are afraid to watch anime. I know many of you are getting middle school secondhand embarrassment thinking about when you tried to get your mom to watch Inuyasha or something else on Adult Swim or Toonami with you and then everything going completely over her head, but why is that anime is so hard to grasp for people who have never watched it before? Thinking about it, I honestly think it is less about the characters or the plots, but more about the concept. I once explained to my own mother that we accept plots of live action television shows without thinking, and for many anime watchers it is the same idea. For a lot of people, there is a mindset that you can watch anime like you watch cartoons, but you need to watch many animes like you watch weekly scripted programs. I also firmly believe that since cartoons in America are not taken seriously, automatically, anime will always be considered a lower art form than a show like a sitcom on ABC or FX.

At the end of the day, I do not recommend watching Fullmetal Alchemist with your grandmother, but if you have yet to see it, I personally recommend it you. Though G-Ma did not fully understand it, I find the plot fulfilling and completely memorable to the degree that it is considered my favorite anime of all time. Though at some points I do find the series a bit confusing to watch and the first episode leaves you completely confused, it is well worth the watch. Fullmetal Alchemist is designed to keep you watching, and once you find yourself asking, why am I watching something so painful, you are already hooked and now you need to finish it, in the smallest amount of time possible. It is a terrible thing, but that is what makes the show so amazing. Owning a Brotherhood boxset was probably the best and worst choice of life simultaneously. For those of you who have never experienced Fullmetal, what are you waiting for? And for the people like me, who are loyal fans of the series, don’t forget.
-Teresa Navarro 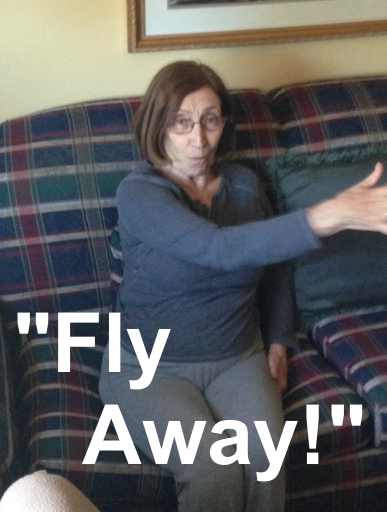 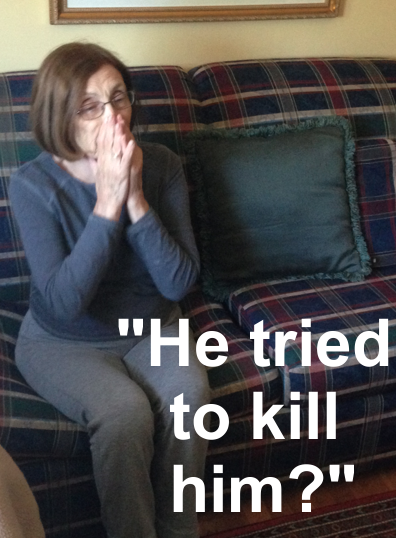