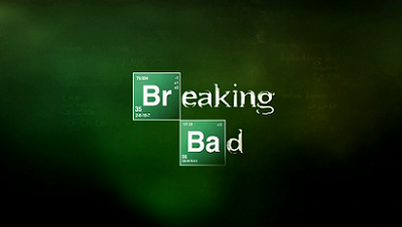 I recently found myself in need of a new television series to watch in my free time, as it had been wildly praised by so many I decided that I would try the infamous “Breaking Bad”.  After finishing the pilot episode I felt underwhelmed by the premise of the show and felt that it was more bad than breaking.  What I don’t understand is how people could get so caught up in a show that was more predictable than entertaining. The first 15 minutes of the Pilot episode introduce us to Walter White, played by Bryan Cranston, His wife Skyler, played by Anna Gun and his son Walter JR. played by RJ Mitte, along with several other members of the cast. We are shown Walt’s mediocre daily life which includes him working at a high school teaching chemistry to resentful high school students and then going to his second job at a car wash where he ends up washing the cars of his students. To add to his already miserable existence, he collapses at work one day and finds out that instead of having a simple cold he has inoperable lung cancer that will inevitably kill him. At this point in the episode it is pretty clear what is going to happen, Walt sees how profitable the crystal meth industry is when he tags along with his brother in law the DEA agent one day, and decides to make one last attempt to provide for his family. Seeing one of his past students Jesse Pinkman, played by Aaron Paul, escaping the crime scene Walt finds the perfect partner in crime for him to start up his own meth lab. After setting up their lab in a mobile home and cooking up their first batch of crystal meth, they try to sell it. Unsurprisingly, the drug dealers they meet with are bad people who threaten to kill them. Walt ends up using his super chemist knowledge to incapacitate them, just as a fire starts outside their lab. With sirens approaching from the distance we find ourselves back at the opening scene. 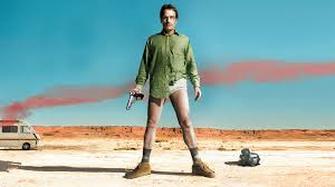 I don’t mean to offend anyone but it seems like this plot is a little played out. I haven’t seen how the show ends but it seems that the entire plot can be predicted from the moment the Walter finds out he is dying and that turning to drugs can provide money for his family.

Obviously Walter White will eventually die, since he has terminal cancer. Most likely his drug business will turn a profit, providing his family with money but at the same time tearing the family apart as Walter has more secrets to keep and is gradually changed by the decisions he has to make. While this may seem to be harsh, please understand that I don’t think the show is necessarily bad; the show itself is decent, the acting is well done and the action is certainly entertaining, I am just not impressed with the where the show seems to be going. I may return to watch more episodes, as long as I’m not looking to be surprised by what unfolds next for Walter White.
By: Lauren Roberts