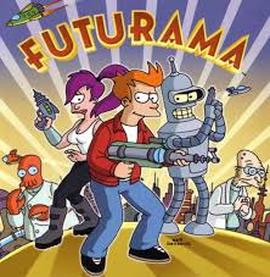 The adult animated science fiction sitcom Futurama is one of the best creations of Matt Groening, and that’s saying a lot for someone who also produced famous shows like the Simpsons or the Tracy Ullman show. However, Futurama’s incredible record of winning thirteen out of twenty nine Annie and Emmy Awards, speaks for itself. The series follows the life of a late 20th century New York City pizza delivery boy, Philip Fry, who becomes cryogenically frozen and wakes up one thousand years later in the retro futuristic 31st century. The series began in 1999 and has accumulated a total of seven seasons, each with sometimes as many as twenty six episodes in them, but that’s not what makes Futurama the most entertaining show from Fox.Futurama’s whimsical characters draw you in, keep you hooked with their witty display of satirical comedy, and provide a unique futuristic perspective to entertain your own fantasies.

The sole reason for why Futurama is such a popular show and lasted as long as it did was because of its unique style of humor. Matt Groening has a very satirical and dry humor, which he portrays in Futurama. He created this series as a comedy in its satirical depiction of everyday life in the future and its comparisons to the present. The series draws heavily on science fiction as a source of their comedy. The show is derived from the fields of math, physics, computer science, and references from sci-fi shows such as Star Trek or the Twilight Zone. This kind of humor really calls out to an audience who defines themselves as “nerds” who could understand the complex subtle references of science fiction. It would take someone knowledgeable in the field of quantum mechanics to understand the joke Professor Farnsworth makes at a racetrack regarding the decision of the winner, “ No fair! You changed the outcome by measuring it”, as a reference to the observer effect in quantum physics. The continuous subtle references displayed in Futurama are what bring about its’ comedic overtones.

Who wouldn’t want a glimpse at what our society could look like in 1,000 years? Futurama gives viewers a chance at envisioning a future world based off of our society as it is today through the crazy and fun adventures of an average kid from New York in the year 1999. The show is set in New York City, where it is not uncommon for cars and spaceships to be flying above the streets. Fry gets to experience the new and exciting experience of a more technologically advanced civilization and indulge in the concept of how far mankind can progress. Fry learns that in the year 2,999 time travel is possible, he is able to meet old Presidents such as Abraham Lincoln since science learned to recover and preserve their heads in jars, and even goes an amusement park on Mars. There are endless accounts of Fry’s journey with his friends in the futuristic and unpredictable world. His adventures are exciting, fun, and keep viewers completely confused the entire time, but in a good way. In one particular episode, Fry dies from a Giant bee sting and then due to the distress of her situation, Leela, who has an on again off again relationship with Fry, starts having hallucinogenic nightmares, leaving the audience wondering- how in the world are they going to get out of this? And more often than not, they come up with a completely unexpected and ridiculous way to save the day.

I watch the show for the characters because they are just so relatable. There is such a unique base of characters from the stereotypical “nice guy” to the “aggressive jerk”. Futurama displays such a wide range of personalities that I think everyone could be able to find someone to connect with. There’s the protagonist, Fry, who is dim-witted and immature, yet essentially good-hearted. He has an ongoing relationship with Leela, a mutant Cyclops, which grows over time and shows the growth of love. Leela speaks to all girls out there. She fights for the equality of all people, especially women, and is very good-natured. Also in the group is Bender, a foul-mouthed, ill-tempered, and egocentric robot. He takes the role of Fry’s best friend and acts as the most “in your face” kind of character. He is very selfish and since he is a robot, doesn’t have much sympathy for human emotions. During one episode, he flushes Leela’s pet, Nibbler, down the toilet (don’t worry it’s a cartoon and Nibbler is fine) and doesn’t feel bad about it until an empathy chip is placed in his head. Bender is also extremely lazy and is often seen watching television and trying to find the easy way out of things. Professor Farnsworth is another lovable character in the show, representing the inner nerd in everyone. He founded Planet Express Inc., where everyone in the group works, to fund his work as a mad scientist. He is a brilliant scientist and inventor, but still is prone to age-related forgetfulness and fits of temper since he is over 160 years old. However, Dr. Zoidberg has to be the best character of the entire show. He is a lobster-like alien with a heavy Yiddish accent and the neurotic staff physician of Planet Express. He represents the outsider in every group of people. He is poor and lives in a dumpster, often scourging for food and shelter. He is a sweet and lovable guy who just wants a friend but gets outcast due to his innocence and incompetence. Futurama’s lovable characters show the true nature of humans in an odd yet exciting series.

After seven long seasons and fourteen years in production, Futurama finally came to an end in September of 2013. However not all hope is lost asFuturama is still aired every so often on Comedy Central and Fox, so look out for Futurama on your TV guides. It is also available to watch whenever you want on Netflix and if you don’t already have a Netflix account- get one. Since the series has ended, the audience’s reaction has been to demand more Futurama, which is why Matt Groening decided to give his fans what they want. Although he is not creating new episodes, he will be putting out an official crossover of Futurama on The Simpsons; the episode is titled “Simpsorama” and will be airing on November 9, on Fox.